The 2020 RLUK members’ meeting will explore the continuing role and perception of the research library in the face of the Covid-19 pandemic. Through a series of speaker presentations and discussions, the meeting will consider how research libraries act as the labs for the arts, humanities, and social sciences, how long-held perceptions of the library have been challenged by the recent experiences of Covid-19, and some of the key areas of challenge and opportunity for the future.

The meeting will conclude with an exploration of the collective actions the RLUK community might take to meet emerging future challenges and opportunities through the creation of a new RLUK strategy for the period 2021-2024.

Colleagues will need to register individually for each session – links are provided below. The afternoon session on Thursday 5 November is open to all and there is no limit as to the number of people that may join per member institution. The sessions on Friday 6 November are more interactive, therefore we will be placing a limit of two people per member institution. In the event that registrations exceed this limit we will consult with formal member representatives.

15:00 – 17:15 – Library as lab: the role of the research library in supporting the arts, humanities, and social sciences

This session will feature the following speakers:

The library can be conceived as an extraordinary continuum from physical objects to a digital world, and the Arts and Humanities Research Council has a profound interest in the flourishing of every part of that continuum.  The library is the means of our research, and the object of it; it is our laboratory, but it is also something we seek to understand as an economic, social and political space.  This paper will try to set out some of our research interests, how we envisage the library as part of the research ecosystem which UK Research and Innovation supports, and test some of the vulnerabilities of the 21st century research library. 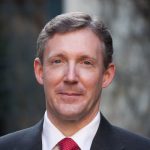 Professor Christopher Smith is the Executive Chair of the Arts and Humanities Research Council (AHRC). He has been Professor of Ancient History at the University of St Andrews since 2002, and he was also Dean of Arts (2002-2006), Dean of Graduate Studies (2006-2009), and Vice-Principal (2007-2009), before being seconded as Director of the British School at Rome, the UK’s leading humanities and creative arts research institute overseas, from 2009 to 2017.

From 2017 to 2020 he was a Leverhulme Trust Major Research Fellow, with a project on The Roman Kings: A Study in Power.  He held visiting positions in Erfurt, Princeton, Otago, Pavia, Milan, Siena, Aarhus and Paris Panthéon-Sorbonne.

Professor Smith’s research explores constitutionalism and state formation with a particular emphasis on the development of Rome as a political and social community, using archaeological, historical and anthropological approaches. He is the author or editor of over 20 books from textual editions to museum studies.  He is a Fellow of the Society of Antiquaries Scotland, the Royal Historical Society, the Society of Antiquaries of London, the Royal Society of Arts and a Member of the Academia Europaea. 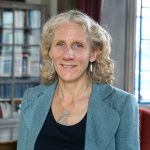 Professor Julia Black CBE FBA is Strategic Director for Innovation at the London School of Economics and Political Science.  She is currently leading on the implementation of the LSE’s 2030 Strategy, on LSE’s entrepreneurship and commercialisation activities, and remains a Professor in the LSE’s Law Department. Her primary research interest is in the dynamics and legitimacy of regulatory regimes, with a specialisation in financial services regulation and in the regulation of risk.  Julia is an external member of the Prudential Regulation Committee at the Bank of England, which is the board of the UK’s banking and insurance supervisor, and an external member of the SONIA Oversight Committee, also at the Bank of England.  She is also Senior Independent Member on the Board of UKRI, and a member of the Board of the Courtauld Institute of Art, and a member of the Council on Science and Technology.  She was recently appointed as the 31st President of the British Academy, a role she will take up in July 2021. 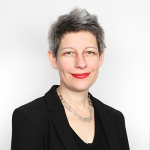 Nicola Scally is Director of LSE Library and the Librarian of the British Library of Political and Economic Science, which includes the Women’s Library. Nicola’s career has focused on leading change in libraries in order to meet the demands of a digital world, with roles at the British Library, the School of Oriental and African Studies (SOAS) and Imperial College London. Nicola has contributed to a number of national and international initiatives in support of evolving the role of research libraries and she has served as Chair of Research Libraries UK from 2017-2019.

The hidden REF and libraries in the humanities lab – James Baker, Senior Lecturer in Digital History and Archives, University of Sussex

In this talk James Baker will introduce ‘The hidden REF’, a competition that recognises all research outputs and every role that makes research possible, and use the aims of the competition to reflect on his experience as libraries and librarians as partners in digital humanities research. 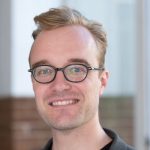 James Baker is a Senior Lecturer in Digital History and Archives at the University of Sussex and at the Sussex Humanities Lab. He is a Software Sustainability Institute Fellow, a Fellow of the Royal Historical Society, and his current major research projects include the AHRC funded ‘Legacies of Catalogue Descriptions and Curatorial Voice: Opportunities for Digital Scholarship’. Prior to joining Sussex, James held positions of Digital Curator at the British Library and Postdoctoral Fellow with the Paul Mellon Centre for Studies in British Art. He is a member of The Programming Historian Editorial Board, a member of theLIBER Digital Humanities and Cultural Heritage Working Group, and a committee member for The hidden REF.

Register for the library as lab session

This session will explore the changing perception of the research library within its institution and amongst its users, and will open with a presentation by John MacColl, formerly University Librarian at the University of St Andrews. The Covid-19 crisis revealed a number of pre-existing perceptions of the library amongst some users, and the close association between the physical library building and the services that it offers. The pandemic revealed the strength of the library’s digital services and collections, the agility of library processes to adapt to an online-only environment, and the diversity of the library’s role within its institution. It also revealed the need for enhanced advocacy for the library’s work, particularly around its digital collections and services, amongst some users and within its institution. This session will immediately be followed by the lunchtime social. 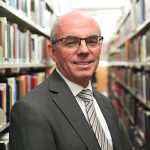 John MacColl is Retired Former University Librarian & Director of Library Services at the University of St Andrews and is LIBER’s Secretary-General.

He has worked in libraries and information services for over 30 years. Before moving to his current role he spent three years as European Director of the OCLC Research Libraries Partnership, based in St Andrews while attached to the OCLC office in San Mateo, California. Prior to that, he was Head of the Digital Library at the University of Edinburgh for seven years.

John has been involved in library collaborative endeavours at all levels. He was elected to the Board of RLUK in March 2013, and was elected as Vice-Chair the following year, serving as Chair from 2015-2017. He has also served on the board of SCURL (Scotland) and worked for the OCLC Research Libraries Partnership (global) for three years. He has a particular interest in scholarly publishing and communications, and the library role in support of the research process. He was elected as a Fellow of the Royal Society of Edinburgh in 2014.

Members are welcome to join us in one of our networking breakout spaces during the lunch break:

Register for the position of the library session

The RLUK website uses cookies to provide social media features and to analyse our traffic. Information about your use of our site with our social media and analytics partners who may combine it with other information that you’ve provided to them or that they’ve collected from your use of their services. AcceptDon't acceptRLUK's Privacy Notice
Revoke cookies
Go to Top