DCDC18 is a cross-sectoral conference hosted by The National Archives and RLUK, bringing together colleagues from across the archive, library, museum and academic sectors. DCDC18 will be held in Birmingham from 19-21 November 2018 – registration has been extended to 26 October 2018. 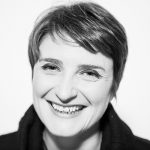 We are delighted to announce the closing keynote presentation at DCDC18 will be given by Jo Fox, Professor of Modern History, Institute of Historical Research, School of Advanced Study, University of London. She specialises in the history of propaganda and psychological warfare in the 20th and 21st centuries. Jo’s presentation will explore ‘Fake News’ into the 21st Century. Are there creative ways that historians might use ‘fake news’ as evidence of popular mentalities, allowing for a deeper understanding of human behaviours in a complex world? And, if ‘fake news’ is critical historical evidence, how should it be preserved and curated? 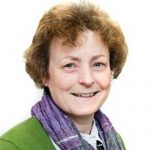 Jane Ellison, Head of Creative Partnerships at the BBC, will deliver the opening keynote presentation on 20 November. Jane leads the BBC’s work on partnerships with the UK cultural and knowledge sectors including most recently for Civilisations (BBC 2) and World War One on the BBC. She is a Trustee of Libraries Connected, a member of the Leadership for Libraries Taskforce and of the Learning and Participation Committee of the Royal Opera House. Jane is the author of the King’s Cultural Enquiry into partnerships ‘The Art of Partnering’. 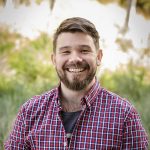 Nathan Sentance is a Project Officer working on First Nations programming at the Australian Museum, was a participant in the 2017 Wesfarmers/NGA Indigenous Arts Leadership program, and is currently the convener of the Australian Society of Archivists, Aboriginal and Torres Strait Islander Special Interest Group. His presentation on 20 November will explore blogging as resistance, and blogging as a method to discuss the role of memory institutions in the destruction, exclusion and misremembering of First Nations culture and history. 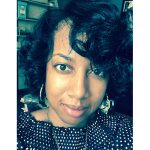 On 21 November we will hear from Lae’l Hughes-Watkins, University Archivist at Kent State, where she administers the largest collection on the Kent State shootings. Lae’l’s research focuses on outreach to marginalised communities, documenting student activism within disenfranchised populations, and utilising narratives of oppressed voices within the curricula of post-secondary education spaces. Lae’l is also the Founder of Project STAND, a national consortium of nearly forty colleges and universities working to create a digitally centralised location for access to primary resources illuminating the narratives of student activists and organisations from traditionally underrepresented communities. Lae’l is the recipient of the Academic Research Libraries Leadership and Career Development Program fellowship and Society of Ohio Archivist Merit Award for her leadership in Project STAND.

The full DCDC18 programme and information on registering for the event can be found on the DCDC Conference website.