Towards an audience-led strategy for Special Collections

Previous Next
Towards an audience-led strategy for Special Collections 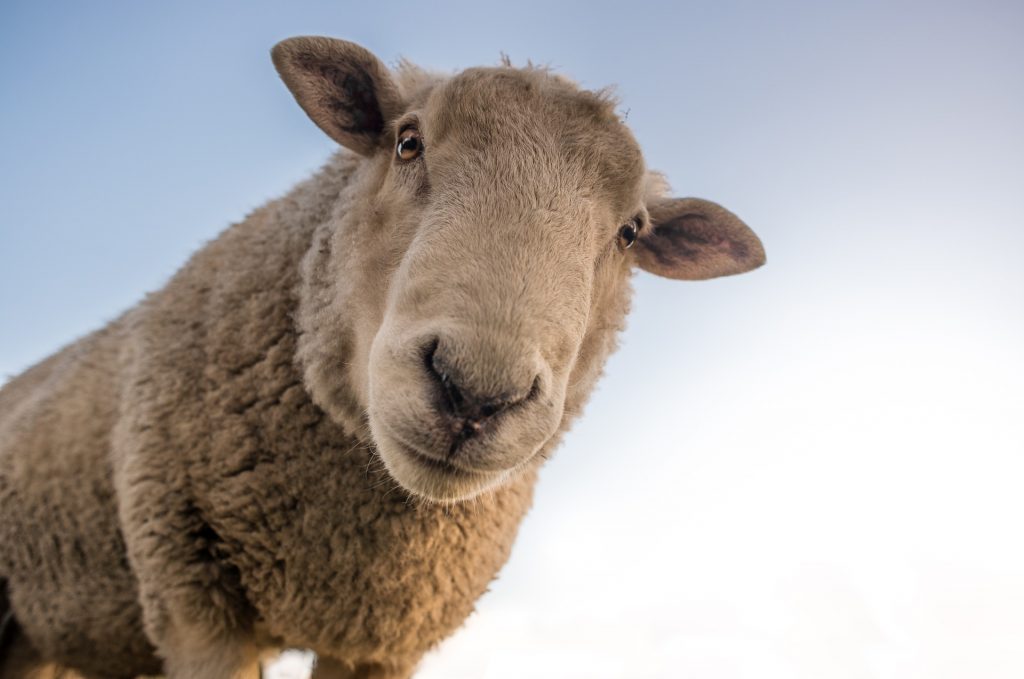 In early 2010 the Wellcome Trust issued its call for applications in the Research Resources funding stream for projects on collections relevant to the history of modern genetics. This case looks at the impact this had on the University of Edinburgh (UoE) and its collections, and how the response to a grant scheme led to the growth of new relationships.

The UoE has a traditional strength in archives and special collections in the area of science and medicine, not least because it holds the deposited paper records of NHS Lothian. The latter archives had already a good record in attracting funding from the Wellcome Trust, but there was a strong feeling that other equally interesting collections were not getting the resource they required.  A strong steer was given from library management that the special collections team should make a big effort to cultivate the Wellcome Trust with the frank intention that this should ‘turn on the tap’.

The opportunity arose rather inauspiciously in an unheated chicken shed some miles to the south of Edinburgh. The Roslin Institute, popularly known for the cloning of Dolly the sheep in 1997, had merged with the UoE and in December 2008 we started the process of reviewing the Institute’s collections of books and papers with a view to taking a selection into the management of Special Collections. It quickly transpired that for a unit specialising in cutting-edge animal research, it had a significant collection of historic material, in large part inherited from predecessor bodies focused on animal breeding, including rare books going back to the 16th century. In many ways this felt like a discovery which could be leveraged to attract public recognition, connections with research scientists, and potentially money – which would be needed to catalogue, conserve and digitise this substantial collection before it could be made accessible.

The timing of the Wellcome call in early 2010 was therefore fortunate, and with the Roslin collections as the centrepiece we constructed a funding bid which also drew attention to other collections related to modern genetics already in stock, such as the papers of zebra breeder James Cossar Ewart and embryologist Conrad Hall Waddington. Being given a very specific focus from a funder was both challenging and helpful – moving us from a position where we were asking ‘do we actually have anything about genetics?’ to one where we were debating what to exclude. The process of developing the application was hard but rewarding. The project lead was given to the Rare Books Librarian (in itself a development decision as the member of staff had little experience of working with archive collections), but they quickly realised that the business case would only succeed if there was explicit input and support from scientists in the field. This led to a campaign to contact – out of the blue – leading researchers such as Ian Wilmut, Grahame Bulfield, Adrian Bird, Noreen and Ken Murray. We explained about the collections and the bid, and asked for their thoughts, particularly in terms of the significance of the proposed collections. We invited them to visit the library – in most cases, not a building they had ever previously entered – and to see examples from the archives.  This was overwhelmingly positive and led to letters of support, gifts of personal papers and formal collaboration on the project. Professor Grahame Bulfield, the former Director of the Roslin Institute and a vice-principal of the UoE, played a crucial role in the project throughout its lifespan, providing connections and explaining the story of Roslin so that non-scientists like us could interpret the material through cataloguing.  As an experienced lead on academic research projects, Grahame was also instrumental in explaining to us what kind of organisation the Wellcome Trust was and how to read the messages coming from its committees.

The bid was returned to us for further clarification and explanation, on which we worked very closely with Sue Crossley, so it was not until July 2011 that our ‘Towards Dolly’ project received funding of £135,000. Other projects around the UK were also funded including work at the John Innes Centre on plant genetics and work at Cardiff on human genetics – so the Edinburgh contribution on the animal side was part of a national approach. An archivist and rare books cataloguer were appointed and the project itself started in 2012, with a Project Board including two scientists. The momentum generated quickly led to offers of more collections material, particularly from scientists and their families who might not have considered the archives or thought that their notes and papers could be of any long-term significance. These included papers from Professor Ian Wilmut (who led the cloning of Dolly) and malaria geneticist Geoffrey Beale. Additionally, the Roslin Institute revealed a further chicken shed containing the institutional records of the organisation, which were delivered to the UoE in 2012.  As a consequence, we reverted to the Wellcome Trust and in July 2012 received a scoping grant to investigate these new collections. This led to a follow-on Research Resources application in the same theme of genetics history, given that the collections had grown substantially. The second grant of £101,000, for ‘The Making of Dolly’, was received in January 2013, and we were able to treat the two grants as the basis for a single project. The final project report in May 2016 showed that 23 collections had been made available under the Dolly banner.

The success of this project was also shown by a number of spin-off projects, some ongoing. One of the collections which was catalogued and preserved through the original ‘Towards Dolly’ grant was a collection of early 20th century glass photographic slides showing scenes relevant to agriculture and husbandry from around the world. Given the obvious visual appeal, we successfully applied to the Wellcome Trust for funding to digitise this collection.  This was done under the project ‘Science on a Plate: natural history through glass slides 1870-1930’, which received a grant of £17,000 from October 2014.  A further, perhaps more unusual, outcome was that our project archivist successfully applied for a personal Research Bursary to write up the story of these collections as a peer-reviewed academic article (in addition to all the other articles and papers produced by staff in the natural course of the project).  This project ran from June 2016 as ‘Untangling the roots of animal genetics in Edinburgh, 1899-1939’ and we received £26,000 for six months’ of research activity.  This was the first time a grant from this stream had been made to a non-academic, suggesting the potential for hybrid or collaborative working between collections staff and researchers in this field.

As a university we were particularly interested in seeing how rapidly we might progress from making the collections discoverable and usable to seeing them actually being used in scholarship. The strong outreach and promotion delivered by the project staff and supporters did generate immediate interest and we were pleased that ‘Historicising Dolly’, led by Miguel Garcia-Sancho, received £98,000 from BBSRC in 2015.  Given the strong recognition of the ‘Dolly’ story, we also decided to run an exhibition in the Main Library Exhibition Gallery, for which we borrowed the (stuffed) sheep herself from the National Museum of Scotland. This exhibition was funded by the UoE internally and attracted over 11,000 visitors in summer 2015 – a record for this venue. A further exhibition, supported by the Wellcome Trust, ran in 2016 with the title ‘Enhance, Access and Understand’, showcasing all the projects supported by the Trust over the last 10 years at the UoE.

The result of all this activity is that the UoE is now much more widely-known as a centre for collections and research in the history of modern science and medicine. Collection items that might otherwise have been discarded have been recognised for their value and significance and brought into the curation of Special Collections (including most recently the library of pioneering geneticist F.A.E Crew, found in crates in a storage area). The most important outcomes have been the development of relationships with scientists, researchers and funders. Some of these relationships have been captured through a series of oral histories we decided to run with the leading scientists who had engaged with the project, leading to the creation of new research resources for the future.  These relationships have also brokered access to new funding sources. For example, on the back of the Wellcome-funded projects we successfully applied to the Darwin Trust for £37,000 to catalogue and preserve the papers of Ken and Noreen Murray, who did ground-breaking work on hepatitis. This was particularly appropriate as both Murrays wrote in support of ‘Towards Dolly’ before their deaths.

The relationship with the Wellcome Trust has also continued and strengthened with other projects being funded including work on the science films of Eric Lucey, the papers and library of psychoanalyst W.R.D. Fairbairn, the papers of educationalist Godfrey Thomson and the archives of visionary town-planner Patrick Geddes. Many of these projects have been collaborations with other institutions, so extending relationships still further. These projects have allowed us to identify and prioritise material for digitisation and many will now be the subject of further funding bids as we seek to analyse and link the substantial sets of text and image data created.

If there is any regret about the case described here, it is that this successful model is currently only readily applicable to collections in the field of science and medicine, because of the approach taken by the Wellcome Trust. If it were possible to cultivate relationships with other funders and audiences supporting different themes (e.g. in humanities, arts, information science, technology and engineering) it would be possible to unlock other collections and deliver impact in a similar way.

The RLUK website uses cookies to provide social media features and to analyse our traffic. Information about your use of our site with our social media and analytics partners who may combine it with other information that you’ve provided to them or that they’ve collected from your use of their services. AcceptDon't acceptRLUK's Privacy Notice
Revoke cookies
Go to Top