Running an online workshop with the ADN

As the Covid-19 pandemic has upended what we know to be business as usual, RLUK, like many other organisations, has explored different ways of working that will allow us to continue to support and engage with our members and the wider community.

For the foreseeable future our programme of events has moved online. RLUK has used virtual meeting spaces before to consult with members and in the day to day running of the organisation. We have have also seen how beneficial they can be during this crisis in providing a place for peer-to peer support for colleagues. However, previously we had not attempted  to replicate one of our physical meetings – complete with breakout sessions – in a virtual environment.

Our recent Associate Directors Network (ADN) meeting was our first experience in putting together a virtual workshop. I am very pleased that the ADN Co-convenors, Michelle Blake and William Nixon, have kindly shared their experience in organising and managing this event with us in this blog post.
David Prosser, Executive Director, RLUK

The RLUK Associate Director’s Network (ADN) recently ran an online workshop focussed on ‘Epic Fails’ (investigating how we can learn from situations that do not match our or others’ original expectations). The workshop included sessions on psychological safety, defining failure and strategies for better responding to failure. This was the first of three programmed workshops for 2020 and the first opportunity for the ADN members to get together this year. This was originally planned as a full day workshop to be held at the University of Edinburgh but the impact of the current COVID-19 crisis has of course resulted in university and library closures alongside a national lockdown which meant it could no longer be run – at least as originally planned, in Edinburgh.

Instead, we decided to host the workshop online using it as an experiment to put this new environment (and technology) to the test. We have written this blog post to share our experience and lessons learned for colleagues across RLUK who may be interested in running events online.

We had announced our workshop earlier in the year so many colleagues had already held the date in their diaries. We also already had an outline of the workshop, including the format, an external facilitator and our guest speaker (much thanks to Diane Job, University of Birmingham). The current crisis provided an opportunity to re-think how to use both the content and the date. We considered a number of options including deferring the workshop to later in the year and replacing it with a Virtual Assembly. This assembly would have been led by us and focused on the current situation, rather than an ‘Epic Fails’ workshop but would have still provided an opportunity to bring colleagues together. Before we made the final decision though we assessed both our programme outcomes and the technology (Zoom) to explore, with our facilitator, how we could move at least some of the workshop online.

A review of the platform and the workshop outcomes were invaluable and gave us the confidence to go ahead with a shorter online version of the workshop – with the added caveat that it would also be an opportunity to try a mix of technologies out as the ADN.

Using an institutional Zoom subscription enabled us to deliver the workshop over 4 hours and to provide mix of formats with virtual breakout rooms and more traditional presentations. These rooms were a key factor in our decision to run the meeting as a workshop – and not just a series of presentations. Zoom supports up to 50 breakout rooms and 200 attendees. We used 4 rooms and attendees were moved into their own Zoom room for discussion with peers before coming back to the joint meeting. These were very successful and one of our attendees commented that it was as close to a Star Trek ‘beam me up’ moment as they ever expected to have as they moved from the breakout room back to the main session.

We reviewed the timings for the day and given the online environment agreed to shorten the programme to half a day. This did require us to reduce the content covered and we made the decision to remove planned coaching sessions which were due to take place in groups of three. It was felt that these would be the most difficult content to deliver in the online environment and added further complexity to what we were already planning to deliver.

The final event ran from 9:30 until 1pm including a 15-20 minute break. The Zoom session was opened from 9am to provide scope for informal chat amongst colleagues before the session started at 9:30am.

During the workshop itself we were able to trial the use of:

The lessons learned for the workshop fall into two categories, lessons around the workshop programme itself including the mix of formats, length and tools and running the session itself via Zoom. While other video-conferencing platforms are available we used Zoom since we had access to our institutional Zoom Enterprise and more familiarity with it.

Running the session via Zoom

We would like to thank Lara Isbel, our facilitator who worked with us in re-configuring it as an online workshop – a first for all of us – and was brave enough to facilitate the workshop. And to all our ADN colleagues who engaged so positively in this experimental online workshop making the event a success.

We can’t claim it was the same as all being together in person but the mix of content, formats and technology provided us with valuable outputs from the day and helped us to all stay connected. Online won’t, or can’t wholly replace the physical meetings but it’s good to know that they provide a viable option to support us coming together to work and share collaboratively.

Finally, we’d like to leave you with a thought ‘The biggest risk is not taking any risk… In a world that is changing really quickly, the only strategy that is guaranteed to fail is not taking risks.’ 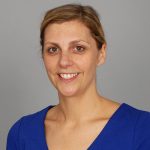 Michelle Blake is the Deputy Director of Library Services at the University of York. She is passionate about people and an advocate of UX. She has previously held roles with specific responsibility for digital skills and engagement at the University of York, LSE and in NZ. She is currently co-convenor of the RLUK ADN group and a member of the Digital Shift working group. 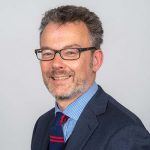 William J Nixon is the Associate Director (Academic Engagement and Digital Library). William is a strong advocate of Open Access and the critical role institutional repositories can play as part of a wider open infrastructure. He is the former chair of the international Open Repositories Steering Committee and was recently elected to the SPARC Europe Board. William is currently co-convenor of the RLUK ADN group and a member of RLUK’s Digital Scholarship Network and the Digital Shift Working Group.